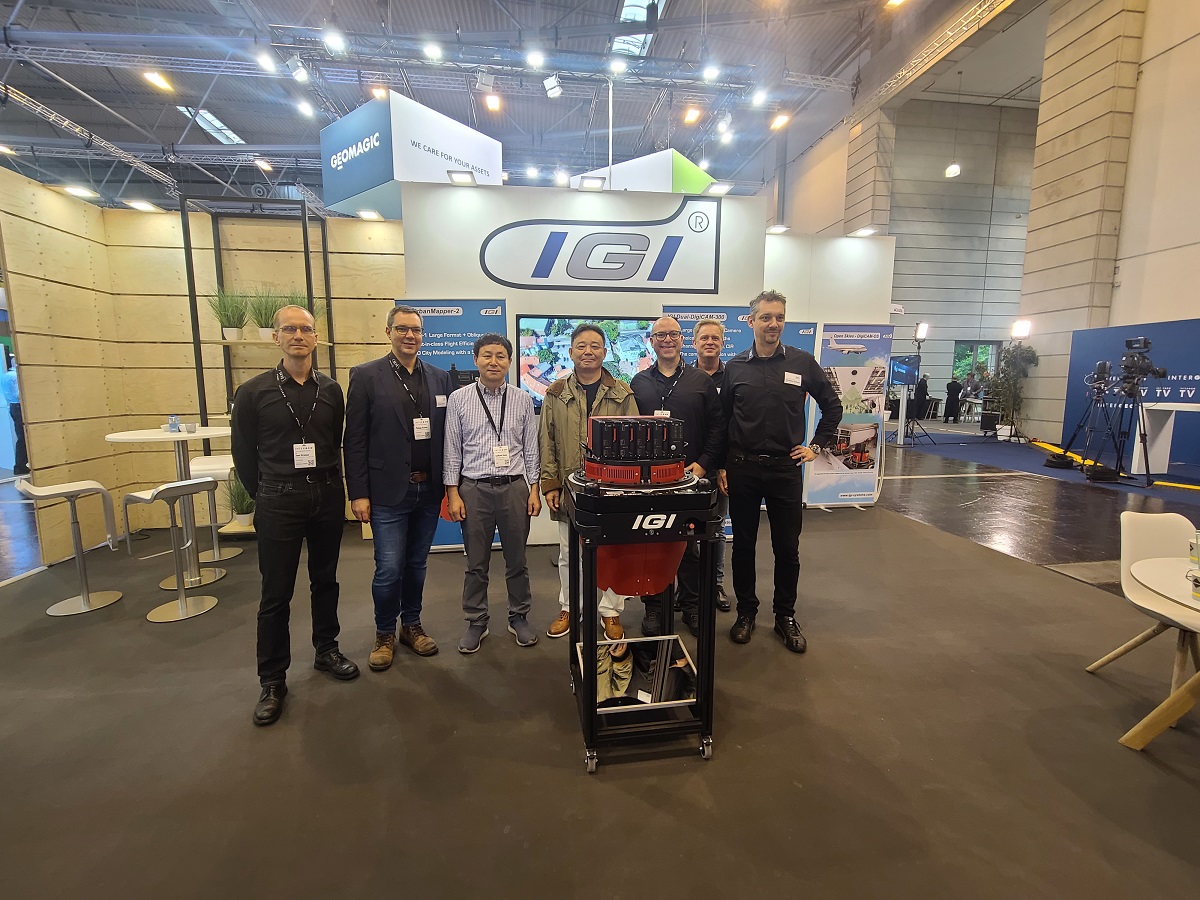 IGI and SaeHan Aero Survey Co. Ltd. are happy to announce today at Intergeo 2022 that SaeHan Aero Survey Co. Ltd., a leading aerial surveying company in Seoul, South Korea, has become the first customer in Korea to purchase the IGI UrbanMapper-2P, industry-leading nadir and oblique imaging system that will be operated together with IGI’s LM-7802S, a high performing airborne LiDAR scanner.

SaeHan with the new UM-2P will acquire photogrammetric-grade aerial imagery that will stand out for the superior image quality and unparalleled geometric accuracy. IGI’s in-house precise lens focusing together with the BCM (Blur Control Management) technique based on exceptionally fast shutter speed, up to 1/2000s, ensure blur-free razor-sharp imagery also in the most challenging lighting conditions. Along with the fast shutter speed the 34,500pixel wide swath will ensure increasing survey productivity for nationwide aerial photogrammetry surveying while also reducing flight lines and the overall mission time.

SaeHan will lead the domestic digital twin market by generating high-accuracy, high-resolution 3D models using UM-2P exclusive 2-in-1 features as an oblique and vertical camera system. The company will strive to produce higher quality for the growing demand of digital twins by deploying aerial and mobile mapping equipment such as MMS LiDAR, terrestrial LiDAR, and drones.

“Besides the production of high-quality 3D data SaeHan will also benefit from the productivity improvement due to wide swath through high-quality nadir and oblique photos of UM-2P, and we expect it to play a leading role in Korean market. LM-7802S with best-in-class performance can acquire high-density point clouds, so it is expected to be used to build high-resolution 3D land.

It also has the advantage of operating two sensors together to acquire high-quality images and high-density Point Cloud at the same time.

With this, SaeHan has a high-performance LM-7802S along with UM-2P, the highest-performance 2-in-1, wide nadir and oblique, camera, laying the foundation for leap forward through the best hardware and software configuration for building 3D spatial information in Korea. “ said Dr Shin VP & CTO of Saehan.

With IGI’s multi-sensor aerial solution the company will benefit from a wide range of operational and technical advantages, spanning from end-to-end software workflow, to increased flying efficiency, and unsurpassed survey productivity.

IGI’s has fast innovation development in its DNA, that led to the market launch of its modular UrbanMapper-1 aerial imaging sensor in 2015. Today, our new UM-2P aerial camera systems are operated across five continents for the most challenging and exclusive aerial photogrammetry surveys, offering the largest swath in the market, still having no real market competitors in terms of image quality, geometric-accuracy, and survey productivity.

The LM-7802S, integrating Riegl’s VQ-780II-S airborne LiDAR scanner with IGI’s interfaces offers our clients the possibility to also benefit from the highest laser pulse repetition rate of up to 2 MHz, that enables the collection of up to 1.33 million measurements/sec on the ground with uniform point distribution across its entire wide field of view at all flight altitudes.

“Starting with paper mapping 33 years ago, Saehan Aero Survey Co., Ltd began to take aerial films and produce digital mapping during the beginning of Korea's digital spatial data in Korea. Currently, it is producing spatial data not only producing national basic map and ortho images based on digital photogrammery but also underground facility survey and precision hydrographic survey, and it expanding its scope.

We are concerned about the role of spatial information in the 4th industrial revolution. The 3D modeling technology, which has been developed since 10 years ago, has set the stage for a breakthrough with investment of IGI's state-of-the-art aerial camera UM-2P and high-performance LM-7802S. In particular, we are researching and investing with interesting in digital twins and BIM." VP&CTO, Dr. Shin said.

“We live in a fast-changing world where population growth amounts to 83 million people annually. The global population has grown from 1 billion in 1800 to 7.9 billion in 2020. UN projects population to keep growing, and estimates indicate the total population at 8.6 billion by mid-2030, 9.8 by mid-2050, and up to 11.2 billion by 2100. Since the grow is focused in critical urban areas, it is becoming clear that cities and urban surroundings need to be constantly monitored and mapped with the highest resolution and survey-grade accuracy. Digital twins are also becoming the core of every city’s authority. Therefore, the possibility of rapid and efficient mapping is becoming a must.

We are happy to deliver to our clients the most efficient ultra-productive and compact airborne surveying technology for the efficient collection of photogrammetric-grade aerial nadir and oblique imagery in full high-res, inch-by-inch, detail-by-detail.

Delivering superior image quality with unparalleled precision, accuracy, and resolution - down to 1.5 cm per pixel from 850m! IGI technology ensures the best return on investment in the market coupled with an outstanding technical support.” says Valerio Gulli VP of Business Development at IGI mbH.

With our strong business and working relationship with SaeHan Aero Survey Co. Ltd., we are excited to see the innovative 3D GIS use cases our client will bring to the fast-growing 3D geospatial market in Korea.

SaeHan produces geospatial information data based on aerial cameras and various sensors, supplies and services to the government and local governments, and conducts investment and research to improve productivity and efficiency.

Starting with paper mapping 33 years ago, Saehan Aero Survey Co., Ltd began to take aerial films and produce digital mapping during the beginning of Korea's digital spatial data in Korea. Currently, it is producing spatial data not only producing national basic map and ortho images based on digital photogrammery but also  underground facility survey and precision hydrographic survey, and it expanding its scope.

In the 4th industrial era, we are struggling to find our role in producing spatial information data, and in particular, we are continuing investment and research with interest in digital twin and BIM.

IGI is the leading company in the geospatial industry, IGI has been in the market for 45 years, as an innovator in the modern geospatial industry, and keeps delivering state-of-the-art technology and advanced large-format digital aerial camera and LiDAR systems for aerial survey companies. IGI was the first vendor to introduce in the market a GPS based flight guidance system, the production of the AEROcontrol units started in 1995 and never stopped. The company has now more than 400 clients operating its AEROcontrols and CCNS-5 systems all around the world.

IGI’s advanced surveying equipment has been setting the industry standards for the acquisition of ultra and very-high-resolution airborne photogrammetry ­and LIDAR data in cities, urban environments, and in mission-critical terrain. We operate worldwide, serving both the airborne and the mobile segments, delivering the most advanced sensor technology solutions to leading surveying, engineering companies, government institutions, and the military. IGI technology ensures the best return on investment in the market coupled with an outstanding technical support.

INTERGEO is celebrating its 25th anniversary this year International 1294 views