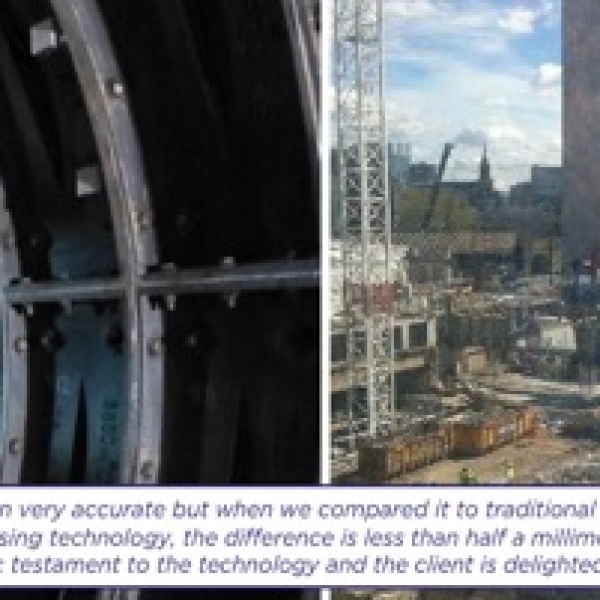 Microgeo for a robust monitoring system in the London Underground tunnels

Microgeo was to provide a robust monitoring system supplying near real-time data and ensuring that the four running tunnels over a distance of c.100m each were being monitored for any deformation, settlement or heave and twist and cant on the track. The use of optical systems for the measurement of the running tunnels was not permitted due to space constraints, which was as little as 10mm clearance between the tunnels and trains.

A major long-term construction project consisting of eight new buildings positioned around an existing high-rise building is currently under way, these buildings will share a new two-storey basement structure. The redevelopment is located over four London Underground (LUL) tunnels; two Bakerloo Line and two Northern Line. Senceive were chosen to provide the monitoring for the 5 year duration of demolition and construction works to help assure LUL assets were being protected at all times.

MICROGEO SOLUTION
4 monitoring hubs and 367 sensors have been deployed, which were installed on the tunnel linings and the track bed. On the cast iron lining segments, Senceive’s patented magnetic mountings were used for the five segments visible above the track bed. Fig.1 Layout of monitoring arrays on SGI segments, cross section & side profile Each node measures the movement of each of the individual tunnel segments every 15 minutes and in addition computes the overall deformation and therefore convergence of the ring. The computations of movement were chained to provide horizontal profiles of the tunnel. Track bed sensors on plates were also installed to monitor twist, cant and longitudinal movement. Data was easily integrated into the client’s visual software, recording site activities including graph and timeline functions.

THE OUTCOME
Reliability, accuracy and stability of the data has allowed reductions in frequency of manual monitoring, saving tens of thousands of pounds. Furthermore, with the nodes being wireless and having a long battery life, it eliminated the need for any maintenance or cabling, therefore significantly reducing the permissions that would have had to be obtained from LUL.
The project is highly successful and has been running for 4 years already. The system has picked up small movements associated with demolition for deformation, heave and settlement in the range of 2mm which is less than predicted.

The client has been hugely impressed by the modelling of heave and settlement data generated. 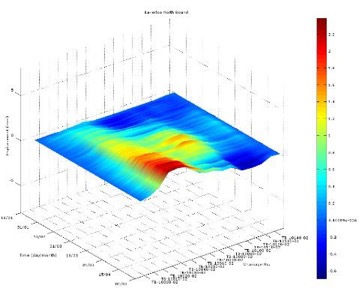